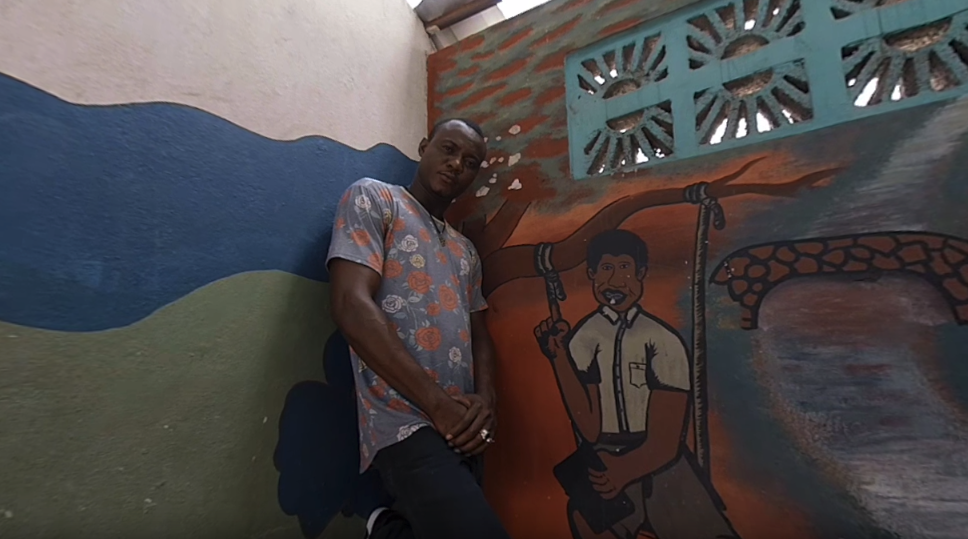 “In Port-au-Prince, where I come from, people often call my neighbourhood a no-go area. A red zone. . But tet me tell you a secret… Despite all the challenges, every day, with every decision, we have the power to rewrite our own destiny”.

“My destiny as a kid at risk” permits to immerse yourself in the neighbourhood of Cité Soleil in Port-au-Prince (Haiti), in which the youth is particularly vulnerable to the threat of violence and the lack of opportunities. The story is narrated by Ricardo, who was a kid at risk that participated in a Disarmament, Demobilization and Reintegration program in 2007. Twelve years later, he is a social worker working on community violence reduction (CVR) initiatives, helping kids at risk to get out of the circle of violence and build their own future by pursuing their dreams. Ricardo conveys a message of hope by underlining that, despite all the challenges, every day, with every decision, we have the power to rewrite our own destiny.