Deprecated: The each() function is deprecated. This message will be suppressed on further calls in /home/customer/www/unvr.sdgactioncampaign.org/public_html/wp-content/plugins/js_composer/include/classes/core/class-vc-mapper.php on line 111
 Virtual Reality – UN Virtual Reality
Loading...
Skip to content 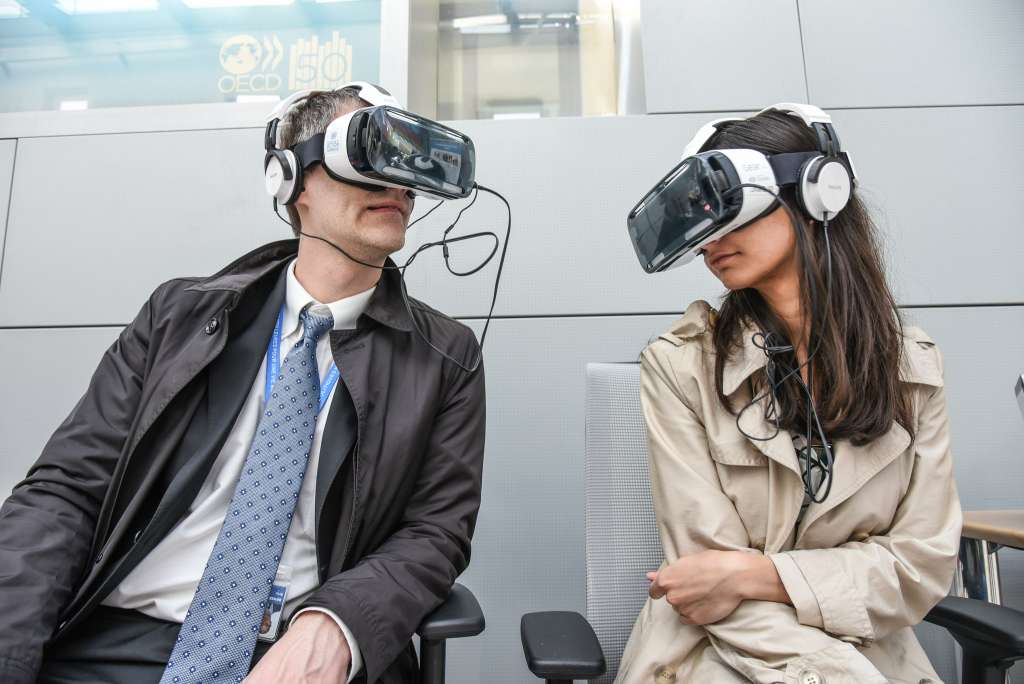 What if policy discussions on refugees didn’t take place inside boardrooms or official chambers, but rather in a forum where refugees themselves could intervene and argue for programmes that made sense to them? What if policymakers could personally interact with displaced populations? Would our policies be different, and better? Would our responses to forced displacement change?

While we are a long way away from a fully consultative and inclusive decision-making process, we know that policy making does not occur in a vacuum but rather that discussions are often held in official and unofficial spaces.  As such, the Secretariat of the OECD’s Temporary Working Group on Refugees and Migration invited its delegates to go beyond normative discussions and to experience the individual stories, personal interests and lived experiences of refugees at the “Refugee Realities Exhibition” on May 15.

With the support of the UN SDG Action Campaign, delegates and OECD staff were able to immerse themselves in the world of Sidra, a 12-year-old Syrian Refugee living in Za’tari refugee camp in Jordan.

Using headsets (provided by the UN SDG Action Campaign) to watch the movie Cloud over Sidra, participants noted that the authenticity of the experience deeply moved them. For many, this virtual experience was their first ‘visit’ to a refugee camp. Some noted that listening to Sidra’s voice was an important reminder of the hopes and desires of refugees, which are often lost in public narratives and may not always be present in policy spaces.

The exhibition also included photographs by Paris-based organization Action Emploi Réfugiés and Refugee Economics, a Canadian-based photography project. Alongside the virtual experience, the photographs also highlighted the strength of refugees in rebuilding their lives and showcased their creativity when working towards self-reliance.  Co-sponsored by the Canadian Mission to the OECD, the exhibition also underscored the importance of facilitating access to productive opportunities for forcibly displaced populations by safeguarding individual rights and recognising refugee needs and aspirations.

“Forced displacement is a development challenge that requires new forms of assistance and responses that go beyond current approaches” explained Jorge Moreira da Silva, Director of the Development Cooperation Directorate at the OECD, during the opening of the exhibition. “By engaging in a thoughtful discussion on refugee realities, we hope to encourage programming that is human-centred”

The Temporary Working on Refugees and Migration was established by the OECD’s Development Assistance Committee (DAC) to support the capacity of DAC members to deliver whole-of-government solutions in developing countries of origin, transit and destination, with a particular focus on delivering better quality results on the ground. The DAC is a unique international forum of many of the largest funders of aid and an important stakeholder in shaping standards and conditions of aid. As such, the group will deliver on its aim by August 2017 with the development of a “Guidance on Development Assistance in Situations of Forced Displacement.” 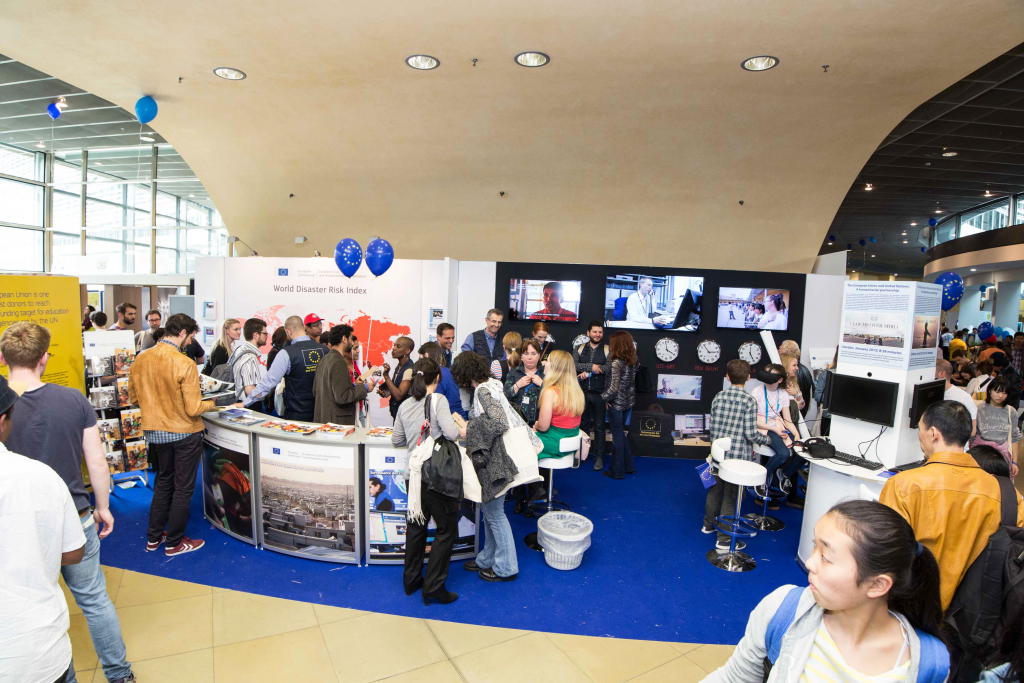 Have you ever had the chance to go scuba diving with whales? How about hanging out with penguins in Antarctica? Have you heard the personal stories of those working on the front lines of ecological activism, such as scientists and indigenous people?

Would being exposed to these experiences help you to become a stronger and more informed advocate about the ocean, or SDG 14, Life Under Water?

To support the Governments of Fiji and Sweden in their mission to inspire advocacy and action for SDG 14 during the Ocean Conference, 5-9 June, UNVR curated a playlist of some of the best in 360’ video and interactive virtual reality to transport viewers to the coasts and deep waters of the sea, bathing them in the sights and sounds of the ocean.

“We have two and a half years’ experience organizing VR exhibitions that transport policy makers into the development challenges the SDGs are seeking to alleviate, especially at UN forums. This is the first time we have brought together multiple VR experiences that coalesce focus on one SDG, in this case SDG14: Life Under Water. The diversity of issues covered provide visitors with a broader context, a choice of issues they can champion, and actions they can take.” said Kristin Gutekunst, Executive Producer of UNVR for the UN SDG Action Campaign.

Curated and produced by the UN SDG Action Campaign, the exhibition is powered by Samsung and includes content collaboration with the Permanent Mission of France, the Cultural Services of the French Embassy and through the generous permission of many VR Creators.

The exhibition will feature the following experiences (detailed information here: http://unvr.sdgactioncampaign.org/ocean-conference), some of which are exclusively available at this event: